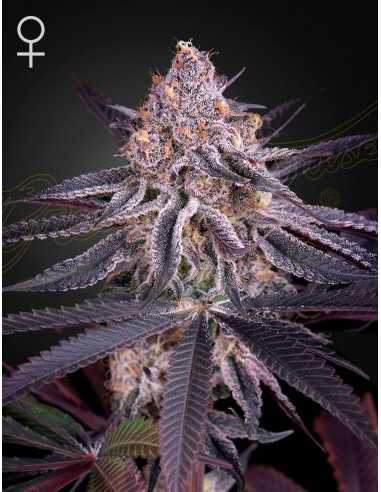 The growth of King’s Kush is vigorous, in the shape of a fir tree with a main tip that stands out widely on its lower lateral branches that are at mid-height which act as satellite buds in flowering.

After the transition to flowering it doubles in size, at which point the central tip begins to stand out above its secondaries. Its colors are very showy at the end of flowering, creating purple tones in leaves and buds, together with the bright resin accumulated by its flowers.

The effect of King’s Juice is balanced between the world of indica and sativa, allowing it to be consumed during the day, leaving the body active and the mind lively.
Characteristics of King's Juice from Green House Seeds