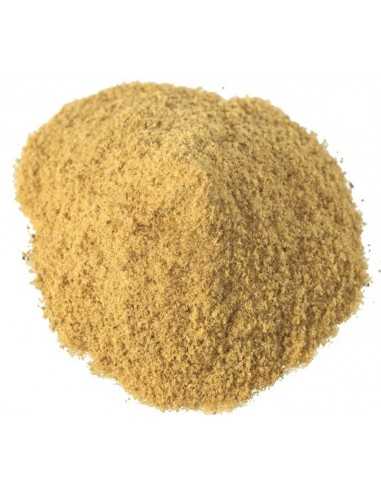 Kanna extract has a positive impact on your mood and decreases the negative feelings associated with stress and anxiety. This granular 10x extract can also cause a stimulating, euphoric effect that later becomes sedative, effects which normally only occur in high doses of Kanna. Combining Kanna with cannabis will increase the effects of both substances.

By buying this product you can collect up to 9 loyalty points. Your cart will total 9 points that can be converted into a voucher of 0,27 €.

This Kanna 10x extract is made from high grade dried Kanna imported from South Africa, where the Sceletium tortuosum plant originates.

South African tribes have used this psychedelic for well over a century in a variety of ways. Kanna was actually the name of the dried material of the Sceletium tortuosum plant, sometimes also called Channa or Kaugoed, but these days the two names are used interchangeably. Warriors returning from battle would use Kanna to dispel feelings of fear and depressions after a violent conflict.

Traditionally Kanna was chewed and the saliva swallowed, but the African Bushmen tribes were also known to inhale it as a snuff or to smoke it, sometimes with the addition of other herbs. Dosage for one tea cup is recommended at one tenth of the dosage for the regular dried herb - 20 mg.

Sceletium tortuosum is a Selective Serotonin Reuptake Inhibitor (SSRI). It should not be combined with other SSRI's (Seroxat, Prozac) or Mono Oxidase Inhibitors (MAO-I).