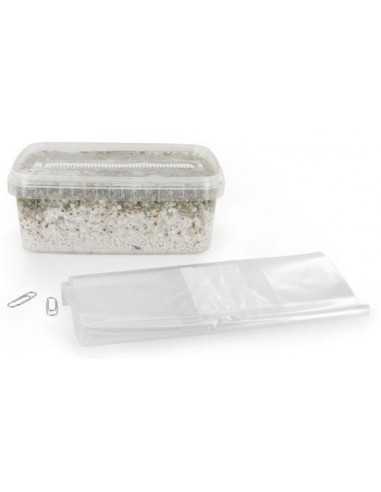 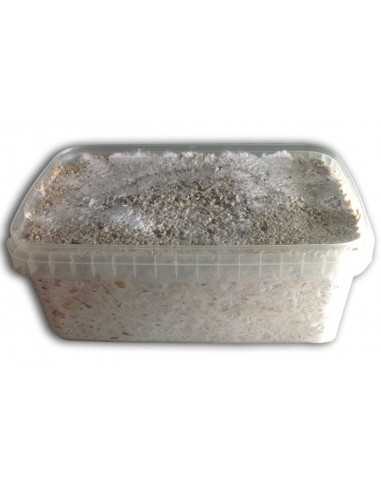 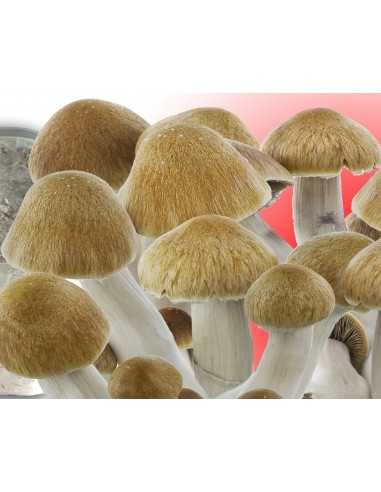 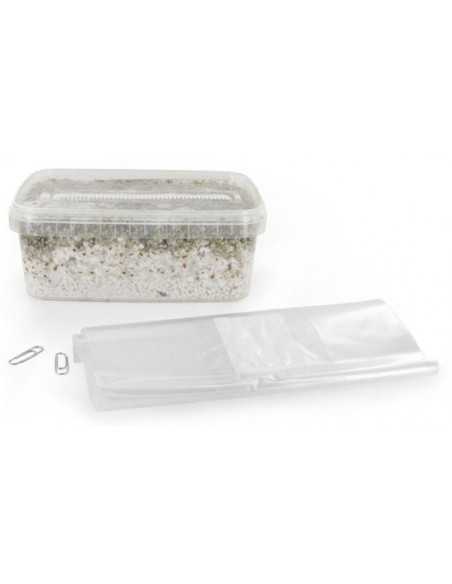 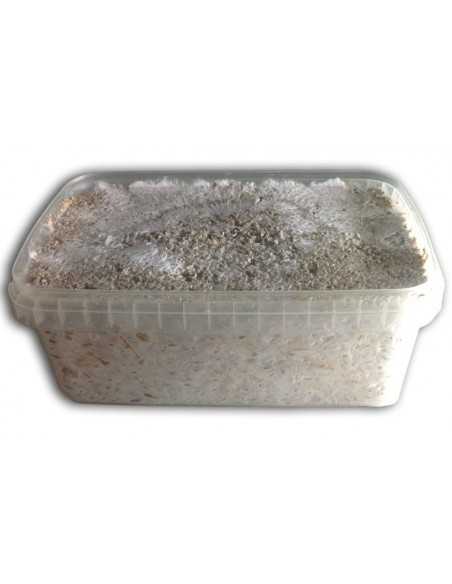 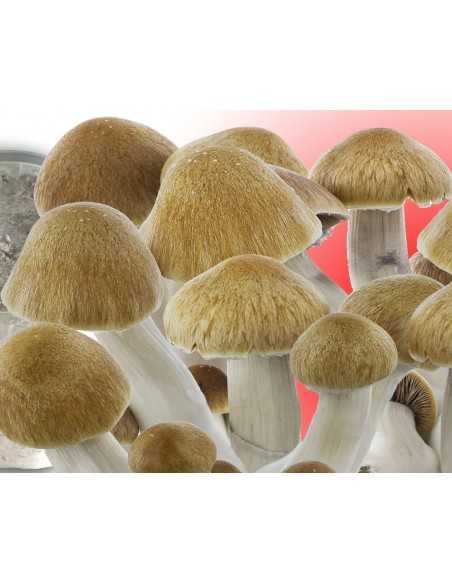 Psilocybe cubensis Growkit Ecuador 100% mycelium.
This variety comes from a fungus discovered at an altitude of 1000 meters in the mountains of Ecuador.
Medium / tall mushroom, dense white stems, and a classic "nipple" in the center of each cap.
Do not immerse in water before putting to fruit.

The Ecuador is one of the more populair strains, and very recognizable as a real cubensis. Thanks to its long meaty stem with a large caramel-coloured cap they are easily recognized by real psychonauts and mycologists. This strain was discovered in the beautiful Andes mountains of Ecuador, at 1100+ meter altitude. These mushrooms are ast robust as the habitat they originate. Its average length of 13 centimenters makes it one of the largest and most potent cubensis variants. Even though it may take a while for the cubensis to colonize, they grow even under the worst environments, and eventually all the substrate will colonize. The ecuador is a recommended object of study for mycologists and biologists for its famous classic Cubensis features.

Strain origin: Andes, Ecuador/Peru, South America
Appearance: The cap (50-75mm in diameter), varies in convexity. The colour wil change from cinnamon-redbrown to goldbrown, the stem from lightyellow to lightbrown, the grey lamella or grill turns blacker during maturity.