Snuff is a powder made from the grinding and sifting of ancient Amazonian plants (medicinal and aromatic plants) and even minerals, whose main ingredient is tobacco (Nicotiana tabacum). The components of the mixture vary, depending on the country where it is made. Traditionally, snuff is used as a medicine in many indigenous tribes in South America, especially in Brazil or Colombia.

Hendara Rico, a therapist and specialist in medicinal plants who develops her work in Esencias Ancestrales, explains that, for example, in the Katukina tribe of Brazil, tobacco (roasted on the coals or made ashes) “can be mixed […] with 39 different plants and tiles, mother-of-pearl shells, seeds, roots", although as she also warns, when choosing the ingredients of the mixture, the important thing is to take into account "the spirit of those plants" that provides an extra to this indigenous medicine’s active principlesi. 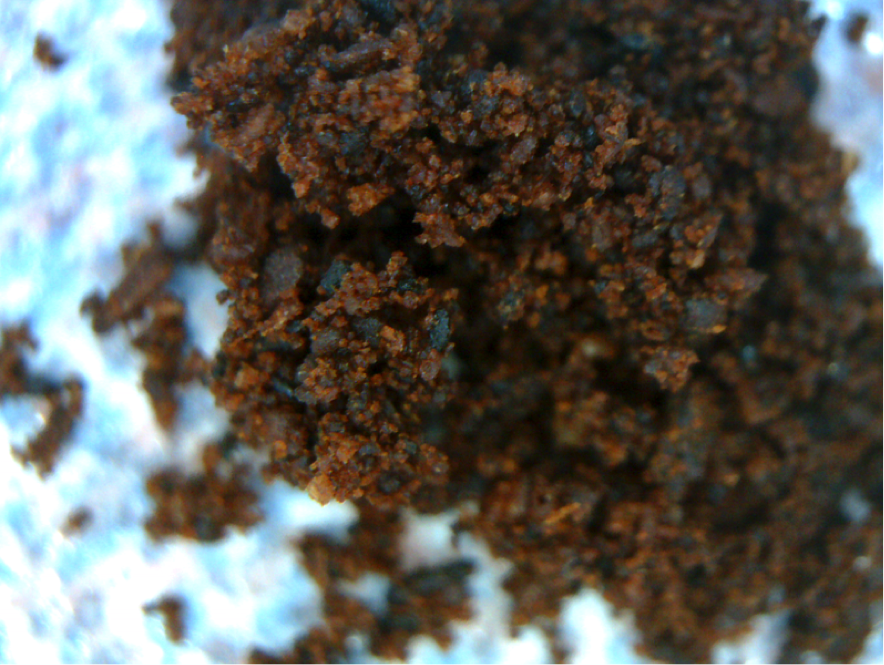 This traditional therapeutic vision is usually more unknown to the general public. Currently, snuff is marketed as finely ground tobacco, packaged in cans or bags, in dry or wet format, and to which flavors or enhancing ingredients (cinnamon, cocoa, etc.) are often added.

Dry snuff is the closest to indigenous uses and is consumed in a sniffed form, while wet snuff is “spit" tobacco. In this last case, snuff is placed between the inside and bottom of the lip or between the cheek and the gum. Thus, nicotine is absorbed through the mouth tissues.

Wet snuff can also be found in bags (similar to tea bags), for a more discreet consumption (without the need to spit). Such is the case, for example, of the well-known snus, a type of spit tobacco, originally from Sweden and Norway, with a spicy and fruity taste. 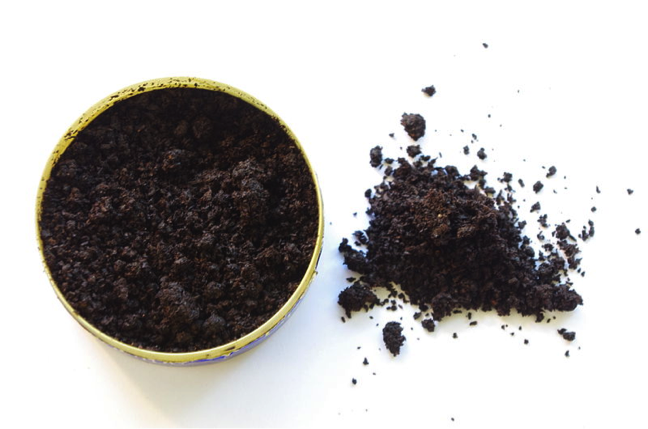 The discovery of snuff

The history of snuff is indisputably linked to the history of tobacco. The oldest records of tobacco use, and thus also of snuff, belong to the era of discoveries. It would not be until the arrival of Columbus in America that the first written evidence of tobacco, generally smoked, but also snuff, would begin to occur.

In this period, Fray Ramón Pané, sent by the king (Charles I of Spain and V of the Holy Roman Empire) to America to study medicinal plants, collected this information: “When someone is sick, they bring him the buhuitihu, which is the doctor; […] It is necessary for the doctor to purge himself like the patient, and to purge he takes a certain powder called cohoba, inhaling it through the nose, which intoxicates them in such a way that later they do not know what to do and so they say many things out of their minds, affirming that they speak with the Cemíes, and that they have told them where the disease came from”ii.

Also at that time Gonzalo Fernández de Oviedo reflected the plant’s relevance in his Historia general y natural de las Indias, islas y tierra-firme del mar océano (Natural History of the West Indies): “This herb was considered by the Indians as a precious thing, and they raised it in their orchards and farmlands […] suggesting that this taking of that herb and smoke was not only a healthy thing, but a very holy thing”iii.

It wouldn’t take long for that sacred plant to be important to the Old World, since Columbus, already on his second trip, carried tobacco seeds to Spain to sow them: “It is referred, we do not know with which basis, that Columbus, on returning from his second trip, took tobacco seeds to Andalusia, and so did the Catalan Fray Ramón Pané, and they sowed them there without success. It seems that it was Dr. Francisco Hernández de Toledo who made it known scientifically a century later, in a report to his king, Felipe II, who had sent him to Mexico to study the flora of that country”iv.

In the 16th century, the monarchy was already growing tobacco in their gardens and decorated vases on their palatial tables with its flowers. This legitimized the plant. In this sense, the role of Catherine de’ Medici, wife of Henry II of France, is especially noted. In 1560, her ambassador to Portugal, Jean Nicot, cured the queen’s page applying tobacco leaves on his ulcers. The queen, seeing the result, baptized tobacco with the name of Medicean herb, Catherinae herb or Nicotiana, in honor of Jean Nicot, and make the use of snuff fashionable in her court.

For the 18th century, tobacco was the Spanish crown’s "jewel”, due to the high profit it generated (in 1714, the contribution of tobacco exceeded a third of total income from tax revenuesv) and the snuff box was the habitual complement of any aristocrat. A good proof is the spanish expression "echar un polvo" (literally, “to take/get some powder”), originally coined to name the act that caused the absence of gentlemen in the salons’ evenings. As it was frowned upon to snort in front of women, men used to leave for a while to sniff the snuff. The expression acquiered a sexual connotation, that came soon after, when they began using it as an excuse to meet their lovers in secret. Nowadays, the Spanish expression is still use but it means “to get laid”.

Either way, and although it had many supporters and detractors, the speed with which tobacco spread throughout the world was surprising. Terence Mckenna sums it up perfectly when he says: “However, there is no evidence of tobacco smoking being a practice known to any of the historical civilizations of the Old World until Columbus introduced it following his second voyage to the Americas. Less than a hundred years later, small packets of tobacco were being placed into the graves of Lapland shamans! This gives some notion of how quickly tobacco was able to assert its traditional pattern of usage, even in a society that was completely unfamiliar with it. Tobacco—chewed, snuffed, and smoked—has been with us ever since”.vi 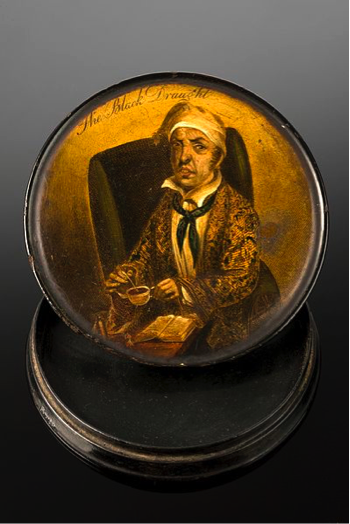 In their expansion around the world, the consumption of snuff and tobacco were deprived of the sacred and medicinal character that they possessed for the indigenous peoples who, however, preserved the ancestral knowledge and rituals they had practiced. Fortunately, it is possible to affirm that today some indigenous peoples of the Amazon basin and, especially, of Brazil and Colombia, continue to maintain these traditions.

As Hendara Rico explains, snuff as a mixture containing tobacco (but not exclusively) is used by these tribes as both physical and mental medicine. And that’s not the only benefit. According to Rico, snuff helps to clean (and decalcify) the pineal gland, part of the body that connects the human being with energy and that calcifies over time and makes the individual numb (https://bit.ly/3q65hGb).

Snuff can be consumed alone. Although, as it’s popularly said, anyone who wants to try snuff needs someone to “blow it”, to offer it to them. In this case, they use a bent tube (a reed, a kuripe, for example), with both ends open. The snuff mixture is deposited inside. The consumer inserts one end of the cane into one of his nostrils, while the partner ties himself to the other end in order to blow the snuff contained in the tube into his nose. 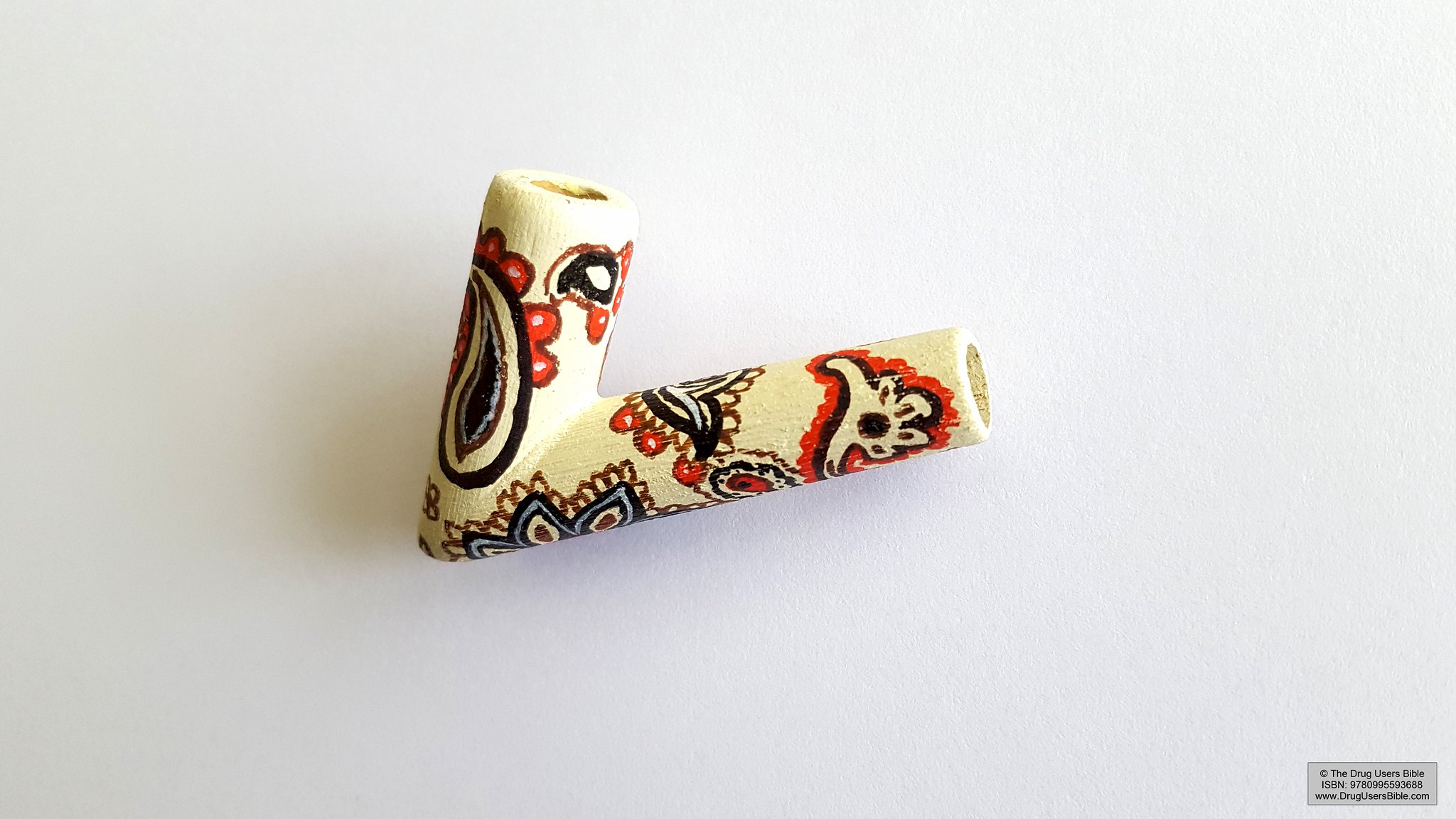 For the Amazonian tribes, snuff is medicinal, since each plant that compose it has its own healing spirit. The ritual itself is also medicinal. The one who blows the snuff assumes a healing intention and the attitude of not interfering in the direct work of plants. The blower is a simple messenger, that with his healing intentions, acts as an energy channel for the spirit of the plants. With his blows, he can direct the ceremony to obtain the best therapeutic results.

Some Amazonian shamans snort snuff to “open the way and the mind” in the ayahuasca ceremonies, just before the drink is ingested, because “the snuff intensifies the strength of Father God and his Spirit puts you in contact with the jungle”vii. In the ceremony, the doses are usually higher, since the purpose is to deepen in processes of understanding oneself: they believe that snuff induces a meditative state, of mental stillness and inner silence.

They also use it to attend meetings where they have to make a decision or as a remedy to treat diseases such as pneumonia. They also exploit its uses to decongest the airways or to eliminate strong headaches such as migraines.

It should be noted that snuff should not be combined with other drugs or medications (especially MAO inhibitors), nor should it be consumed during pregnancy, while driving or operating heavy machinery. Although it is difficult to specify the effects of snuff if we do not know its composition, the consumption of snuffed tobacco, according to cientific research, has as many risks and damages to health as smoked tobacco.

vi McKenna, T. (1993). Food of the Gods. The search for the original tree of knowledge. A Radical History of Plants, Drugs, and Human Evolution. Bantam Books: Nueva York.