Ben Sessa’s little book, The Psychedelic Renaissance, was published in 2012. The psychiatrist, who works with children and adolescents with severe mental disorders, talks about the increasing use of psychedelics and their implementation in such disparate areas as science, spirituality and creativity. According to Sessa, we were already experiencing a rebirth of psychedelics eight years ago, so imagine the situation now. 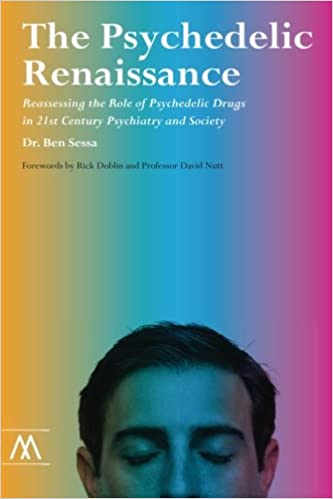 Shortly before, The Psychedelic Explore’s Guide was issued, where James Fadiman introduced the concept of “microdosing” psychedelics; and culminated in testimonies such as that of Ayelet Waldman and her What a good day. Taking LSD in microdose changed my life (2017).

Recently, Edabea has sponsored the first edition of a book on this phenomenon applied to psilocybin mushrooms: Microdosis de hongos mágicos, by Xosé F. Barge. We recommend its reading, not only to catch up on microdosing, but to learn how to grow your own mushrooms, understand the origin of these powerful beings and know their history.

In short, this article is about what the famous microdoses are.

What is a microdose?

Broadly speaking, a microdose from a psychedelic is aproximately a subperceptual dose (which we do not perceive), usually one-tenth of an active dose. We are only speaking about psilocybin mushrooms, so one-tenth of an active dose would be around 0.15 grams. 1.5 grams of psilocybin shrooms can be considered a standard (low but active) dose, so a tenth of this dose could be considered a microdose.

However, there’s still much controversy regarding the amount of psilocybin mushrooms that constitutes a microdose. First, each mushroom is unique and has different concentrations of psilocybin and psilocin; even different parts of the same mushroom can contain different proportions of its active ingredients. Secondly, testimonies warn us about the variety of effects that microdosers have experienced: there are people who, after 0.1 grams of psilocybin, have experienced intense effects (especially, those who suffer some type of mental disorder, even mild to moderate disorders, such as anxiety); and some others report that low microdoses (0.05- 0.2 grams) do not provide the desired effect, and have to slightly increase the dose (0.2- 0.35 grams) in order to get what they are looking for. And, thirdly, there are countless factors, such as fungal matter conservation, complicating dose standardization.

Experimentation is essential when it comes to identifying our proper microdose (generally referred to a specific harvest of a type of mushroom, sprayed and mixing its different parts before being consumed). There are many ways to carry out this experimentation, but perhaps the most accepted and cautious is to start with a microdose of 0.1 grams and increase 0.05 grams until we notice some kind of effect (drowsiness is generally the first we feel), at which point we must drop 0.05 and convert the previous dose into our standard.

For example. The first day of microdosing, I take 0.1 grams. The second day, I take 0.15 grams. The third day, I take 0.2 grams. The fourth day, 0.25 grams, and it is that day when I am briefly drowsy and I also feel a slight intensification of light and colors. Voilá! We have found the standard dose for that crop and that type of mushrooms. This is the perfect moment to reduce the dose (back to 0,2 grams).

How long do I take microdoses?

The lenght of microdosing cycles varies considerably between users. Some users microdose for a month (or less), and some others do it for three or four months. However, it is ideal to rest, at least, the same time the cycle lasted for, and to eventually stop taking microdosis. Normally, microdoses are taken to feel better, to be more productive, to be more open-minded, to empathize, to enjoy life more…and psychedelics serve precisely to help us acquire a new perspective that should later be integrated into everyday life, without the constant need of them.

General harm (biochemical, physiological and psychiatric, among others)

Let’s say the first microdose (0.1 grams), makes you feel bad. In the few testimonies collected about bad experiences, users usually report episodes of paranoia, anxiety, nervousness, lack of concentration, etc. In this case you have two options: either you experiment with microdoses which are generally not effective in other users (0.01, 0.02, 0.03…) or you suspend the microdosing cycle completely.

Althought there are cases of people with mental disorders (which, as we said, range from mild or moderate to very serious, such as schizophrenia, post-traumatic stress or affective disorders) who have reported substantial improvements  with microdosing (in the book Microdosis de hongos mágicos, we can find the testimony of a person with serious disorders who, after consuming very small microdoses and less frequently than proposed by Fadiman, reports a considerable improvement in his condition) the reasonable thing to do is to consult your psychiatrist, psychologist or health profesional before trying psilocybin mushrooms microdoses.

All of us, without exception, must take psychedelics very seriously, even when it comes to microdosing. If you suffer from some type of mental disorder, even if it is mild, be cautious and consult your doctor.

As always, it should be noted that this article does not intend to encourage the consumption of microdoses, but rather seeks to inform about risk reduction on this trend that gained so much notoriety and media coverage in recent years.

If you want to know more about psilocybin mushrooms: microdosing, growing kits, trip reports and the history of these wonderful beings; we do recommend you Microdosis de hongos mágicos.